I have a confession to make: I really don’t care for anything horror related. I’ve never seen a Saw movie, never touched any Screams or anything by Rob Zombie. The closest I’ve come was Shaun of the Dead, which lets be honest, is on the horror scale up there with the Bratz movie (for different reasons, of course). 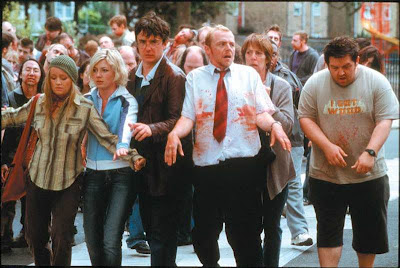 Image copyright Universal. YES, UNIVERSAL. WHY DO YOU NOT HAVE THIS AS A HHN HOUSE?

This also means I’ve never cared for, let alone been to, a halloween amusement park event. No Halloweekends, no Fight Fest, and especially no Halloween Horror Nights. Could it be my life is chaotic as it is, and I demand control at all times? Or that I naturally wish everyone is good and pure? I could fill several sessions worth of topics with my psychologist on this. 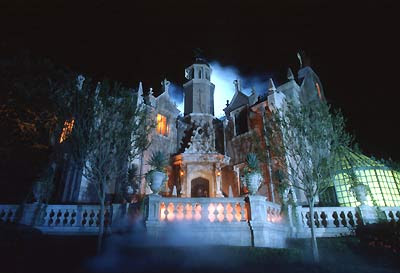 Image copyright Disney. This is my limit for 'horror'.
See, I don’t have much exposure with horror; but I do know of the movies, themes, and memes of horror in pop culture. I know about Jigsaw and playing games, psychos with chainsaws, and summer camp stories. And whatever you do, DO NOT MAKE OUT IN A PARKED CAR IN THE WOODS. Bad news.
As such, I know of the Walking Dead. The popular graphic novel turned AMC show has been a hit for years now. And now it’s part HHN scare house. Ok cool, I could get behind that. 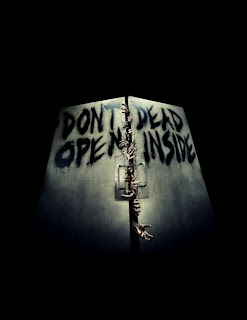 Image copyright Universal. All rights reserved.
But I can’t.
Today I was listening to the GiantBombcast and the topic of the new Walking Dead came up. They praised it’s story telling and the impact your choices have on the world, but mentioned something really really interesting. There are very few zombies in the game. In fact, this is true of the novels and TV show.
The Zombies of the Walking Dead are a means to an end; the Walking Dead could just have easily been a killer asteroid or bubonic plague. The zombies are a means to an end of exploring the nature of human relationships, the bonds of family, and that we are the real monsters. Yet, as I look at the concept and PR release for the HHN house, I just can’t stop thinking Universal just doesn’t get it. 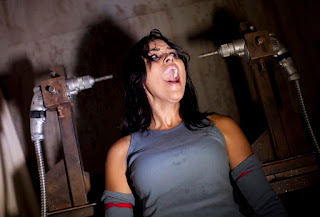 Image copyright Universal. HHN 19, sponsored by Home Depot.
Comedy lets you talk about the uncomfortable topics of our time, action is a pure revenge fantasy against the system or others, and horror has always shown what defines us as humans. Frankenstein, Dawn of the Dead, and yes Shawn of the Dead, show what it means to be human and interacting with a society at large, even one in disrepair.
Universal seems intent on focusing only on the zombie quotient of the Walking Dead. They are erecting a few hallmark locations of the novel and show, adding some zombie actors, then letting you walk around. This will probably entertain enough, but this seems like a waste if it's just a maze.
I am not privy to the plans of HHN coordinators, nor do I offer any consulting work (thank god). But Universal is missing a real opportunity to explore some dark depths of who we are, what we think of our fellow ‘survivors’, and most importantly, what we decide we stand for. I hope Universal has more surprises up its sleeve and really wows me. I hope we see real, honest, smart survivor actors in the house, who make us choose how we want the events to unfold. The best thing they can chose is to limit the zombies to a brief, tense encounter, one that is lead up to by deep character moments and hard choices. 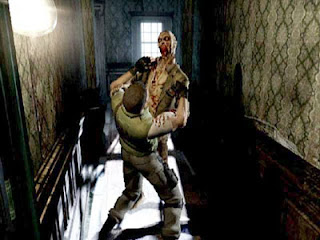 Image copyright Capcom.
Will this happen? Who knows. I'm split. Some of their promotional imagery suggests it might, and a Jim Hill interview gives high hopes. Other bits hint that it will just be zombies, zombies, zombies. If Universal is only interested in the cheap thrill of brain eating, though, why not chose Resident Evil? It fits in with the video game theme of this year’s HHN and probably is cheaper, royalty wise.
I am being very picky right now. But I think it’s something worth thinking about. What if we really introduced some themes of humanity and being pushed to our socio limits. This is such a strong concept that, I think, it could be a haunted house attraction perfect for year around operation...