Well, big, breaking news tonight, everyone. We finally have a rough layout of Wondersea Island/Volcano Bay. The following was first posted by a member of Orlando United's forums. 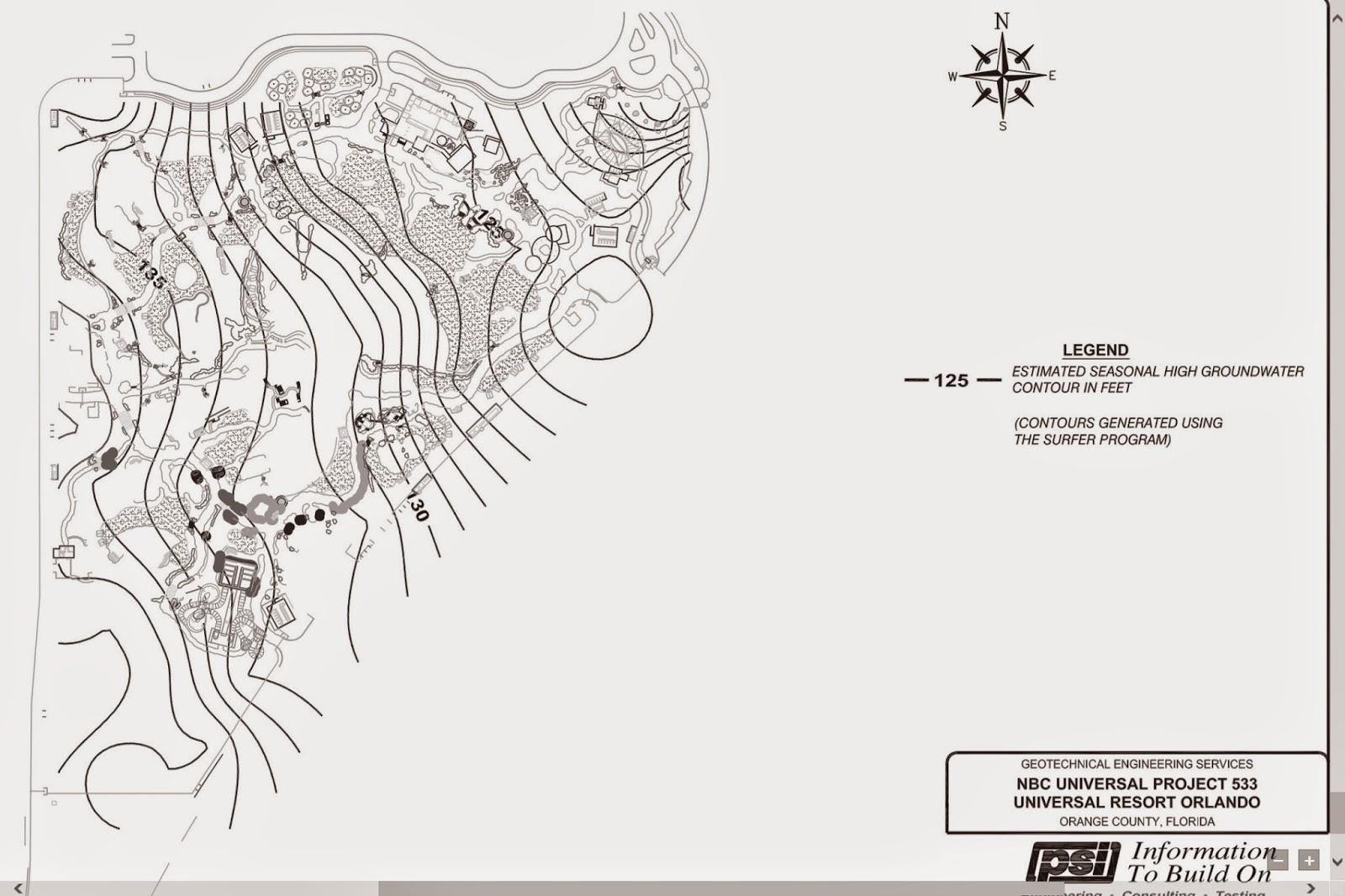 The park is described as follows:


The project is a proposed water theme park to be constructed to the south of the recently opened Cabana Beach Resort. The site is a vacant tract of land that occupies a plan area of some 25± acres. The site is generally triangular in shape, bounded by I-4 to the south, Turkey Lake Road to the west and the new hotel to the north. A generalized plan view of the area under consideration is included on Figure 1.

We understand that new construction will include slides and pools plus various recreational
facilities. A tall “volcano” with slides will be constructed in the southern portion of the site.
There will be a series of low-rise buildings constructed throughout the site with several
containing equipment pits. The site is to be graded by cutting and filling, the full extent of which is not known to us at this time. We do however understand that some construction elements will be located several feet below the water table.

The largest below grade construction will be the bunker that is associated with the Volcano. The finished floor slab of the bunker is understood to be elevation +117 feet, some 20± feet below existing grade. Pool shells will also be located below grade with the deepest such feature being at the wave pool next to the Volcano equipment bunker.

As always, stay tuned to Parkscope for more.
Posted by Sean at 7:57 PM No comments:

Hey everyone! Just popping in to give a small Disney World Permit Update. Weird for us, I know. But today a permit for an Adventureland Verandah Rehab has popped up. The long-vacant restaurant that has most recently been used as a meet and greet location has been rumored to reopen for a few years now, and it looks like we finally might be seeing that. The extended refurbishment of the Liberty Tree Tavern, which shares a kitchen with the Verandah, is said to be necessary to upgrade the kitchen facilities to handle the reopened location. Rumors also point to the Verandah becoming a Jungle Cruise themed eatery, where staff will be Jungle Cruise skippers inbetween jobs. #STORY
Still, this former Jungle Cruise skipper knows where he'll be eating in the MK during future trips if that is indeed the case!﻿ 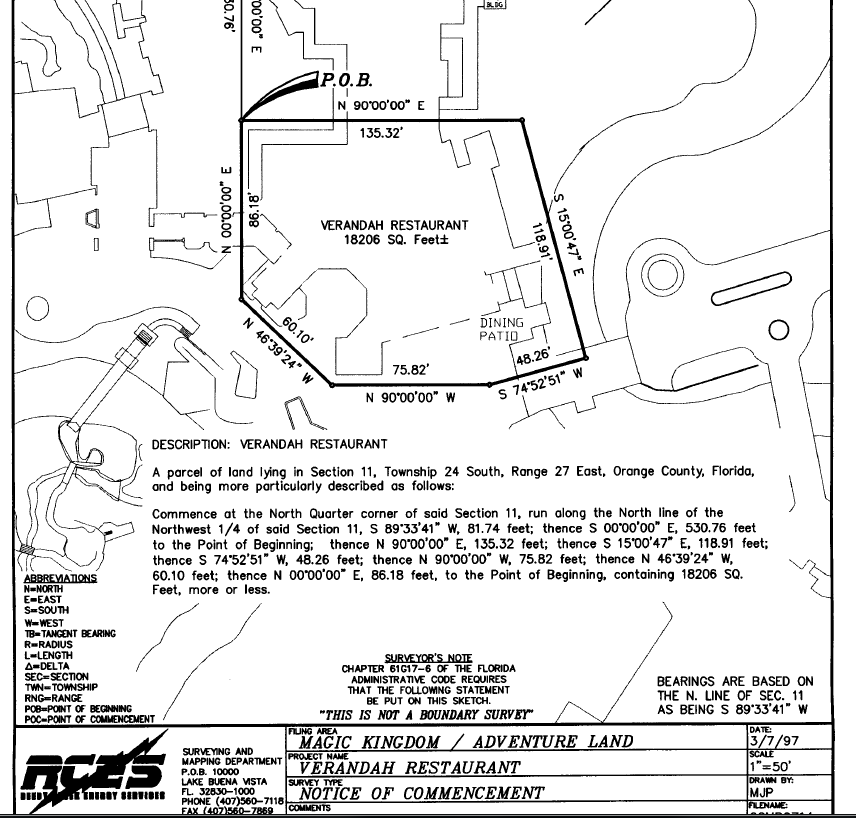 Happy Saturday, everyone! I'm happy to say I'm here with a picture update sent to us by some friends touring Islands of Adventure and Universal on vacation. The pictures depict the continued progress on Project 340/King Kong attraction that is coming to Universal's Islands of Adventure. It's impressive to see how far along the facade is already, as the crews prepare to start the facade's rockwork.

All pictures were taken from Pteradon Fliers, as you can see from the vehicle in the pictures. 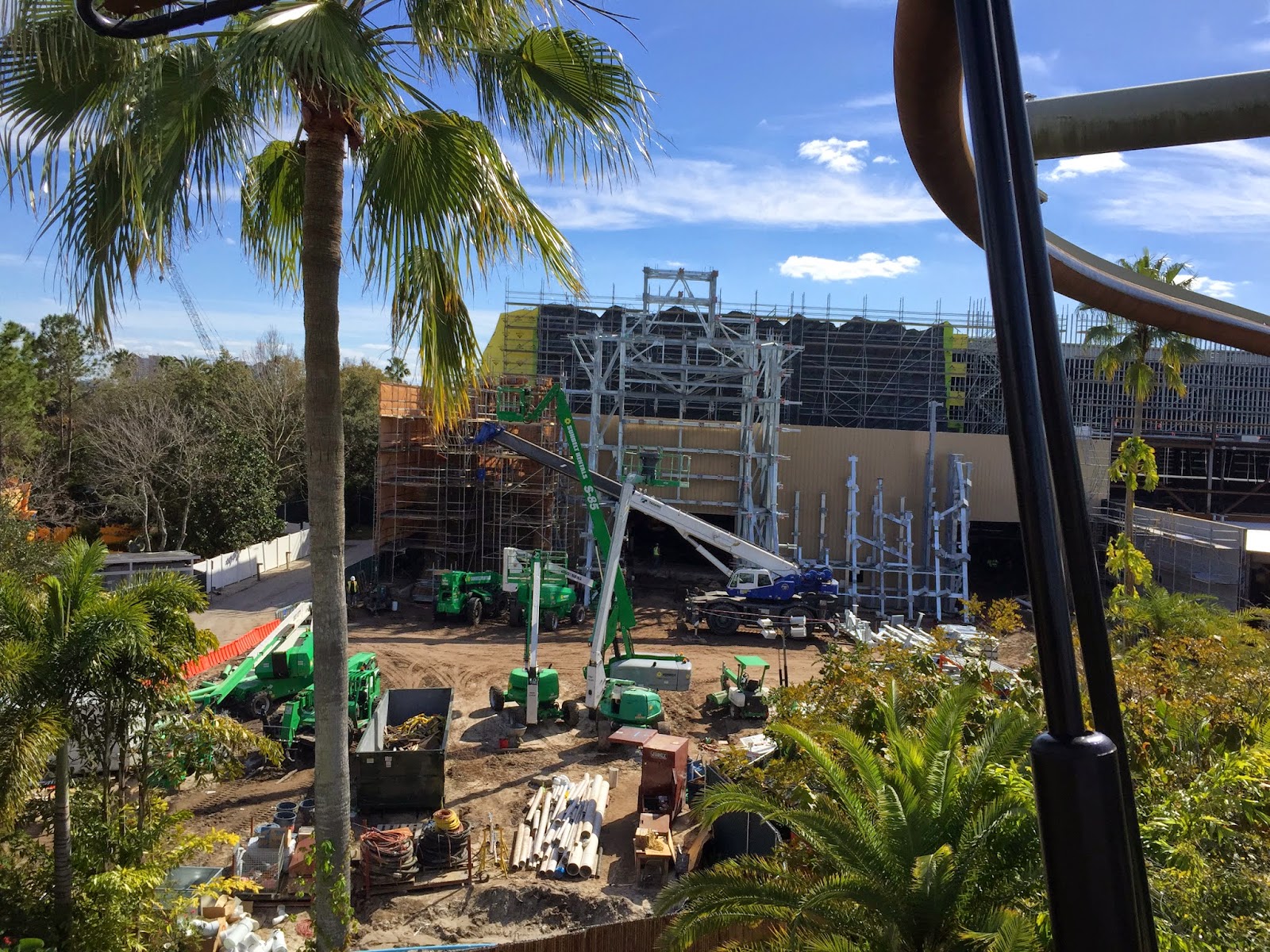 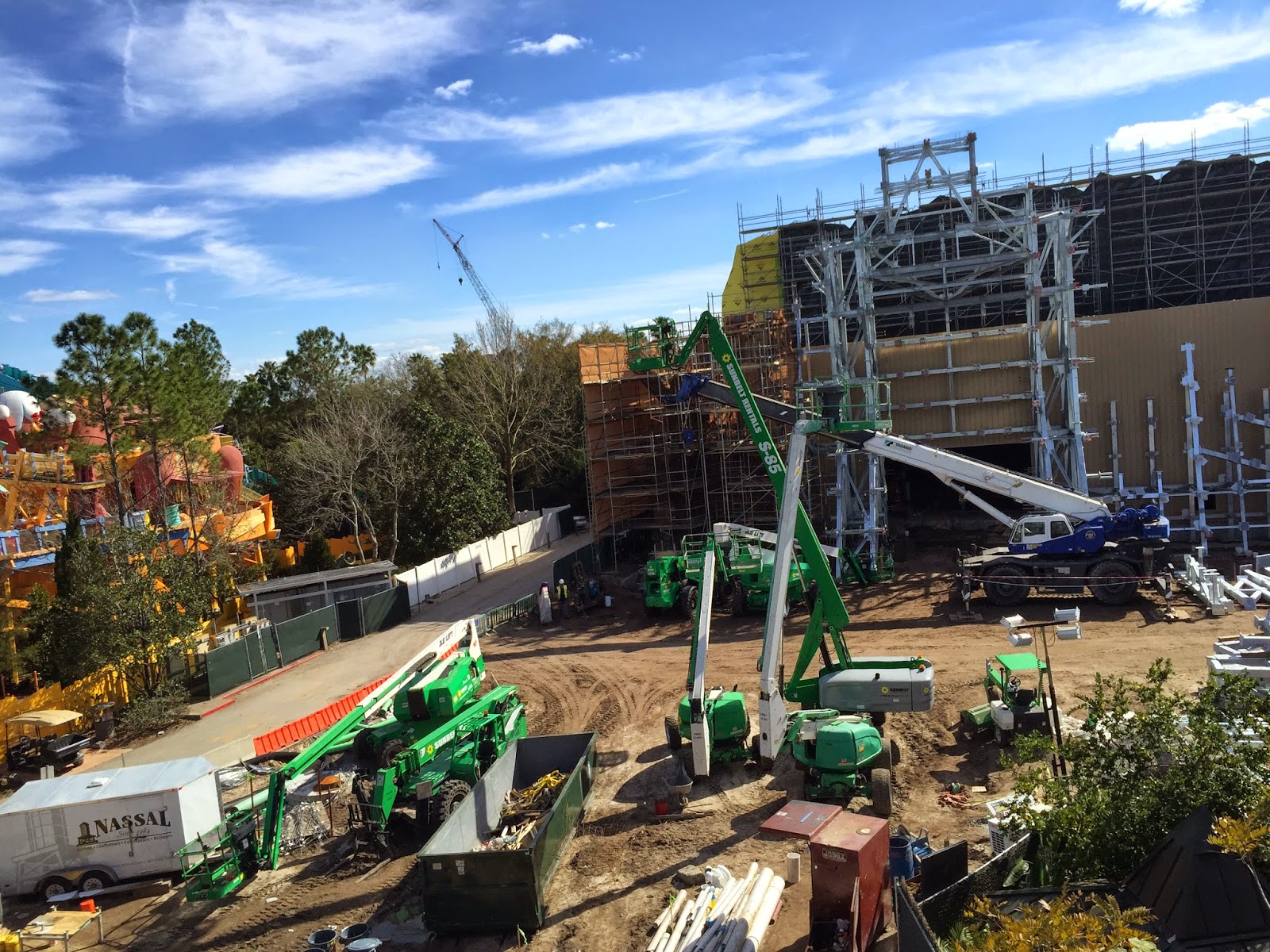 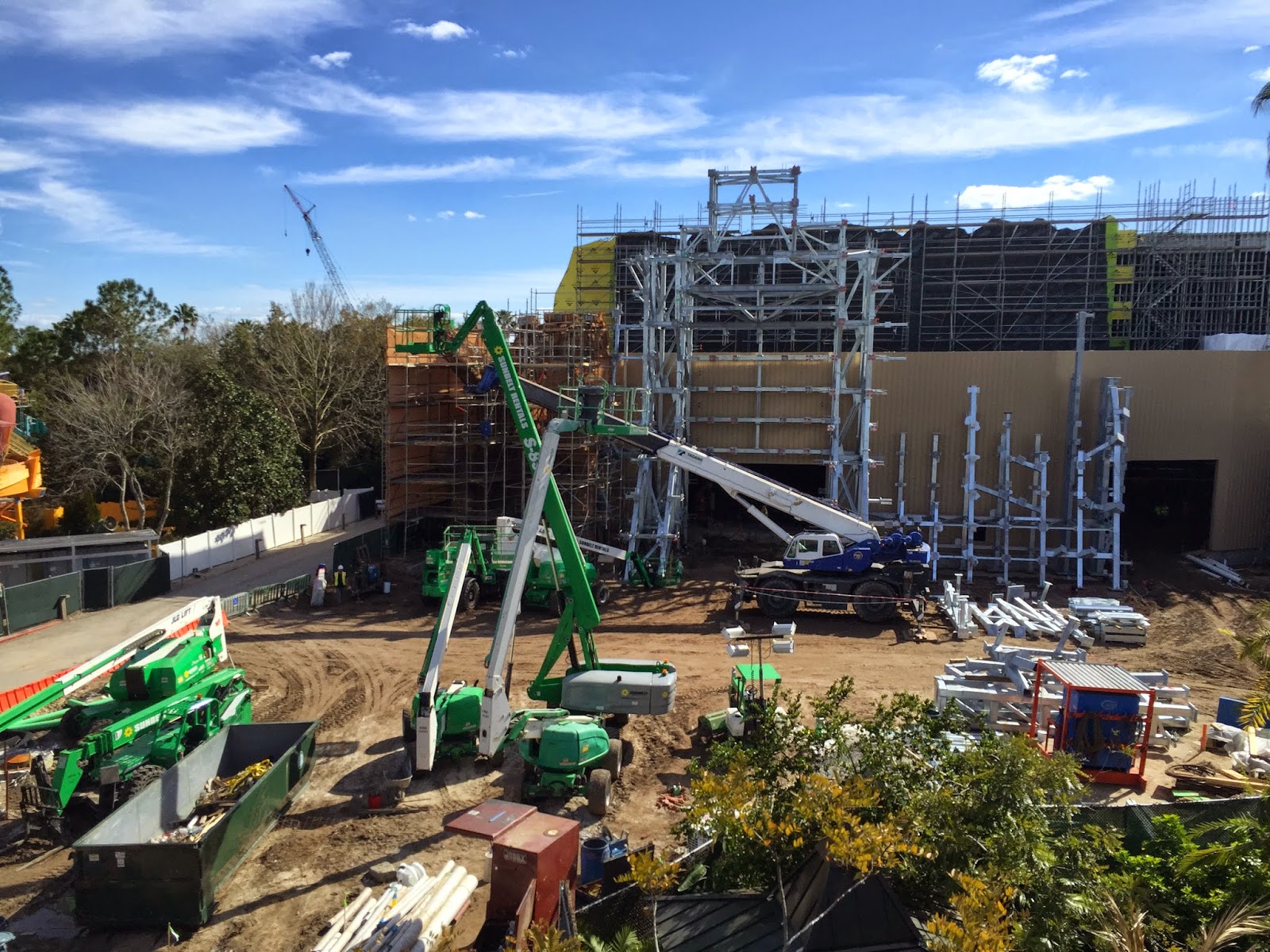 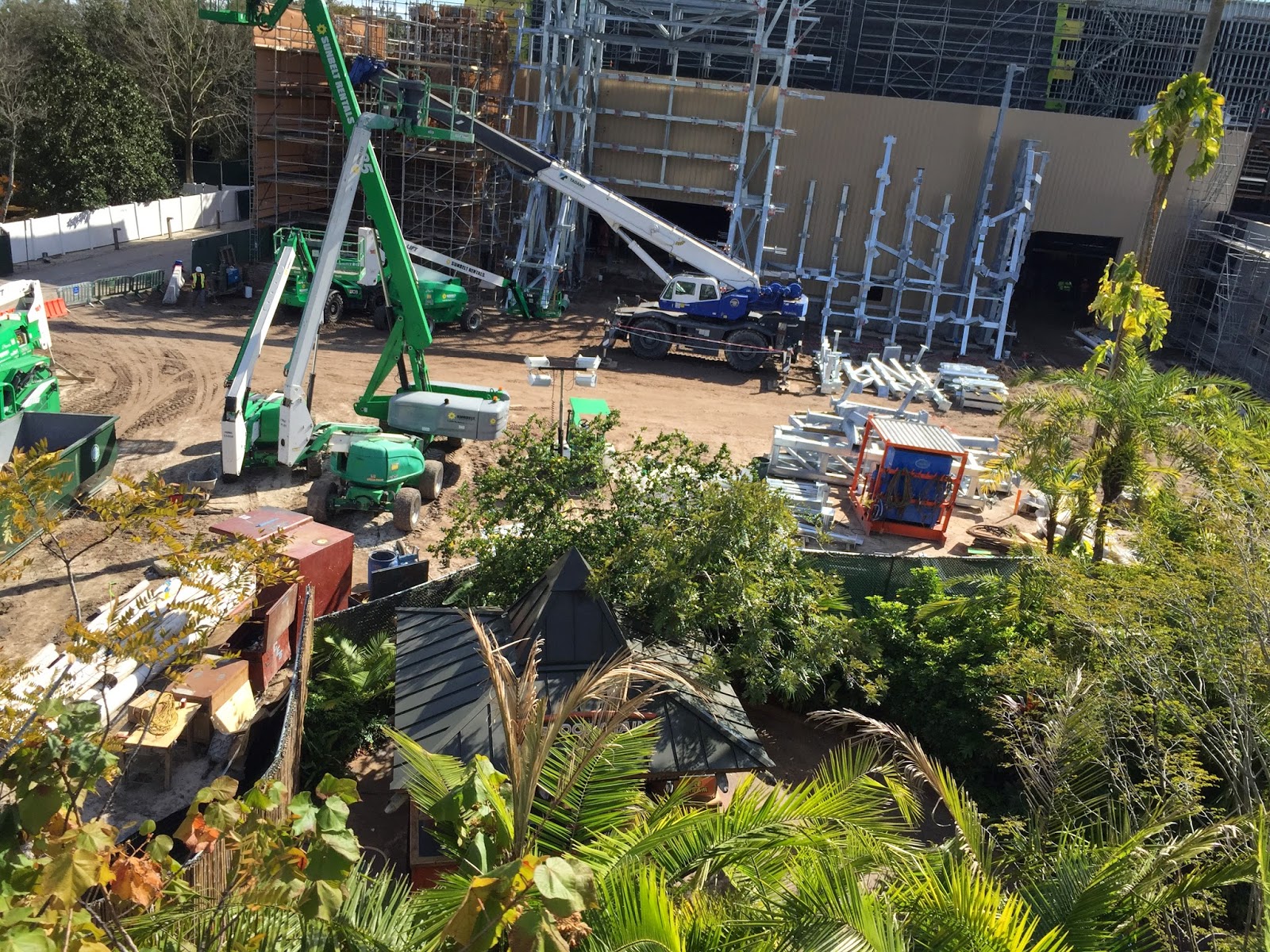 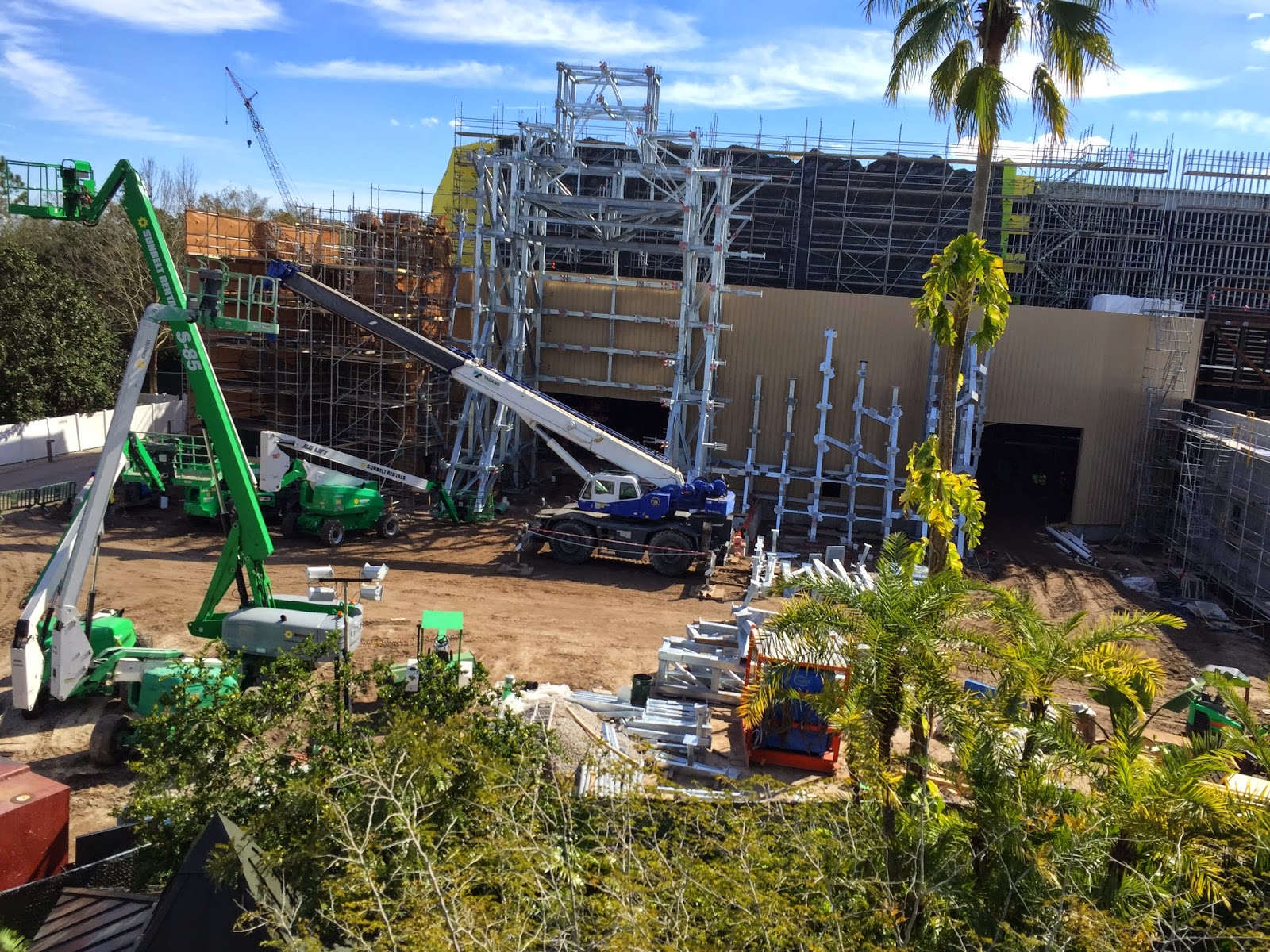 The interesting thing in the picture below is the random structure near the center right. It went up a few weeks ago, though I'm not sure what it's for. Might be part of the exit. 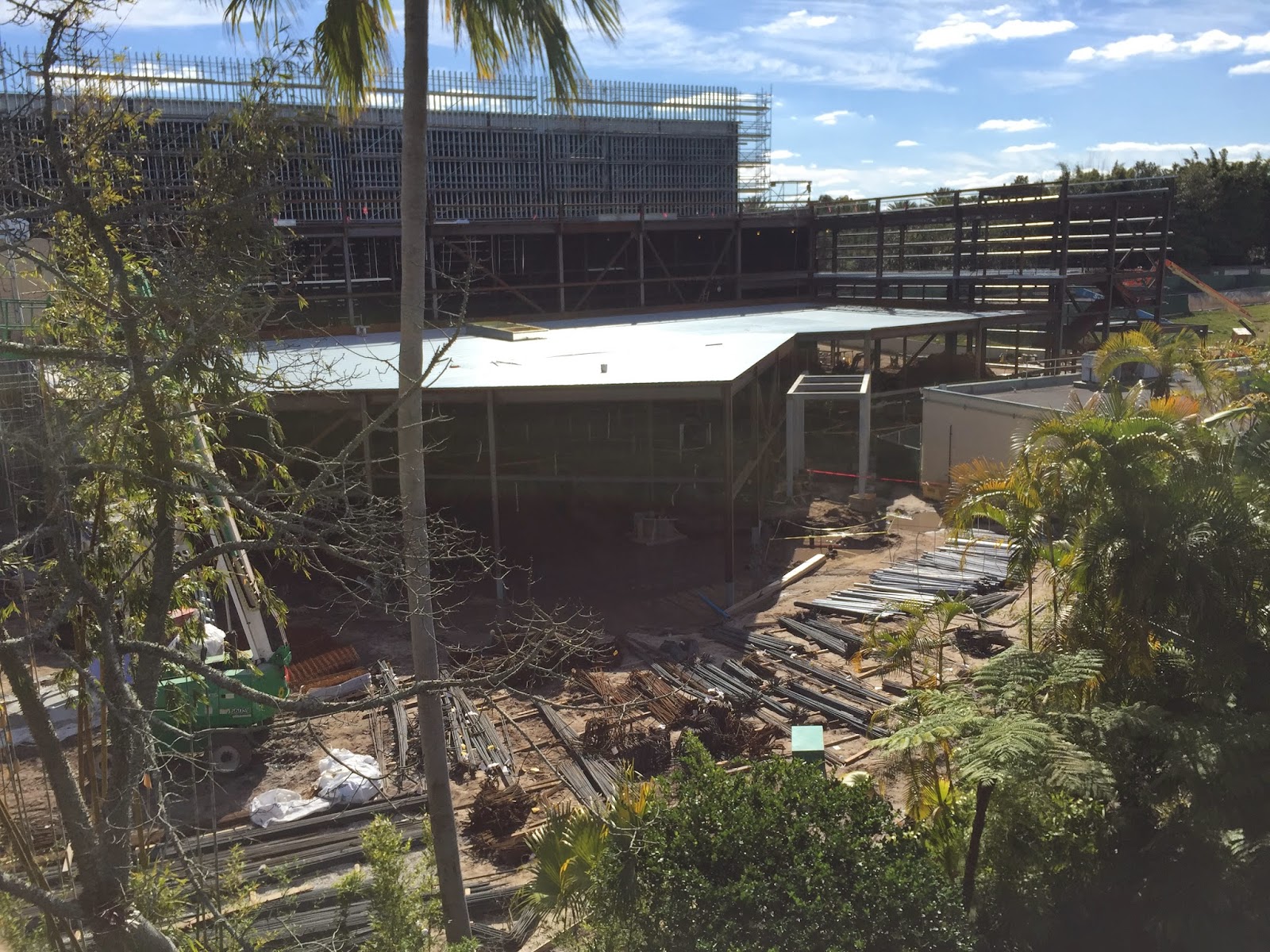 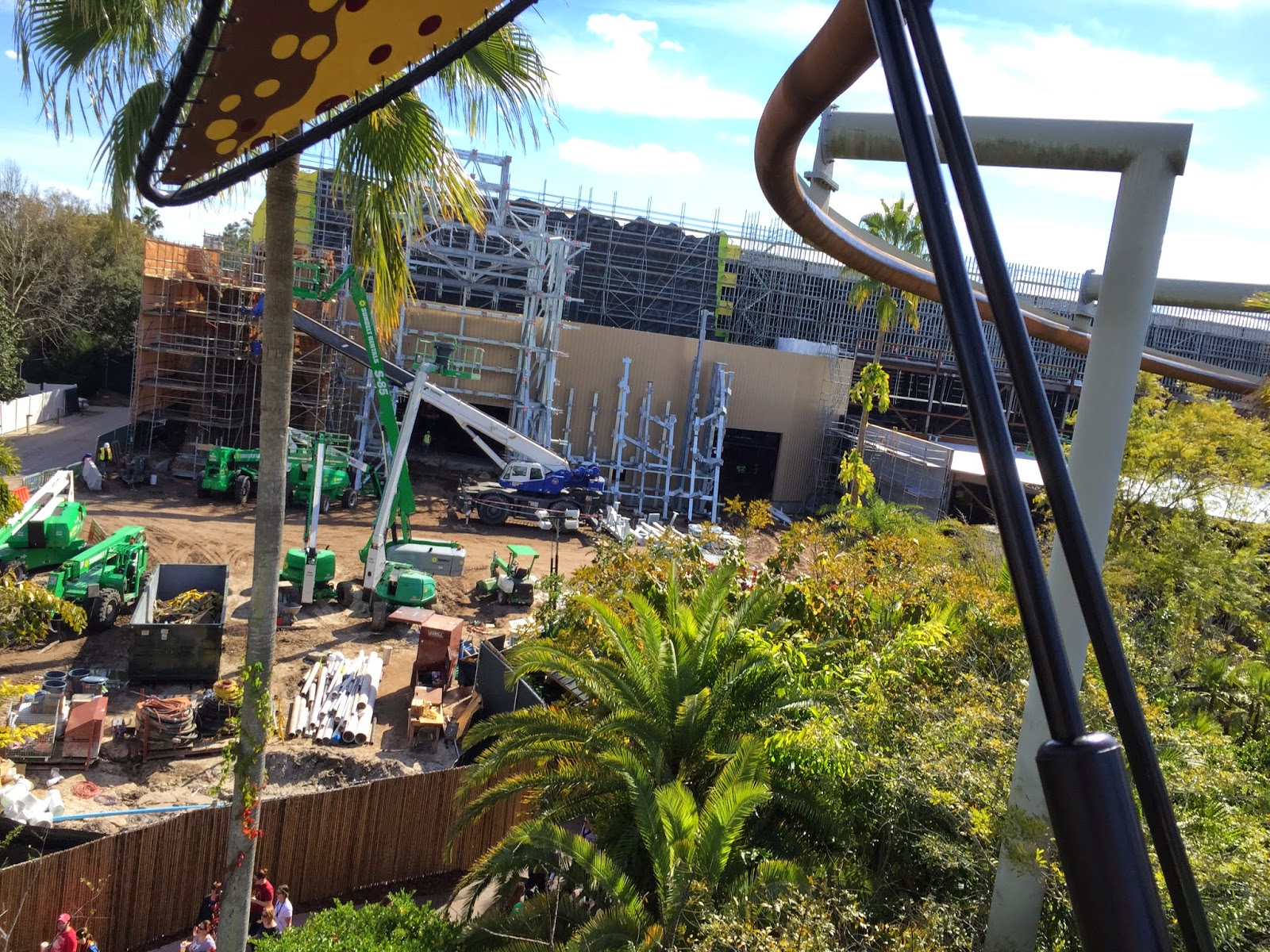 As always, stay tuned to @Parkscope for more updates.
Posted by Sean at 4:20 PM No comments: