5.2- Disneyland Trip Planning with The Trackers! 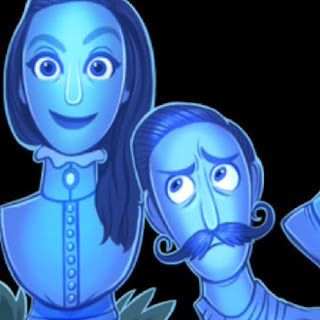 Joe and Nick are joined by the one and only Jim and Tenn, I mean Tim and Jenn, Tracker! We cover Tim's trip to IAAPA 2015, rumors of The Secret Life of Pets dark ride at IoA, help Tim and Jenn plan their FIRST Disneyland trip, ceiling fans, Final Destination deaths, and more! Make sure to follow Tim and Jenn on Twitter and check out their awesome YouTube videos!

Make sure to check out our last episode with Bob Sehlinger, author of the amazing Unofficial Guide series!

Email us at parkscopeblog at gmail dot com or follow us at Parkscope, ParkscopeJoe, CaptMichael87, ParkscopeNick, and/or Parkscope_Sean.
Posted by Joe at 9:14 PM No comments:

Poster NJBrandon on Orlando United has posted a building layout for the Fast & Furious Supercharged attraction at USF from permits.. 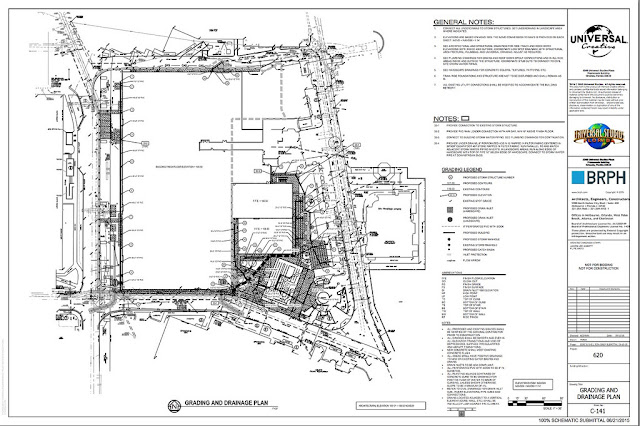 Compare this to a layover of a google maps view of the old Disaster show building below. 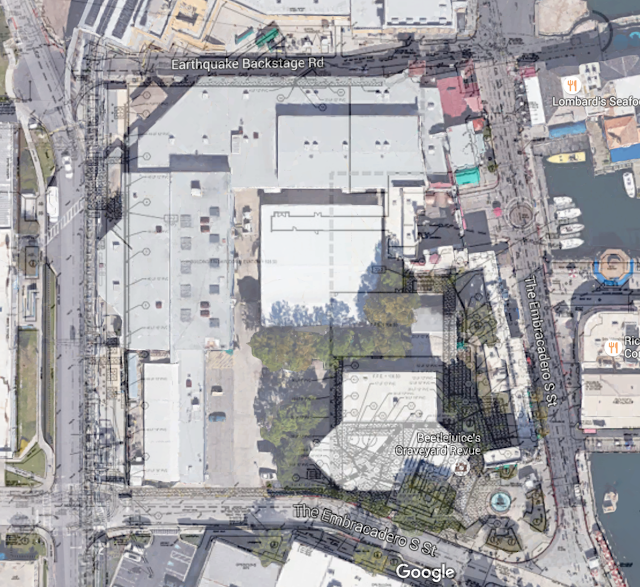 You can see this will be a major expansion to the attraction; new filming elements have occurred with Ludacris for the ride, who is not featured in the USH version.

Parkscope expects this to be an expanded, new version of the ride but will not be radically different from the experience at USH. So don't expect this to be a rollercoaster, Test Track style ride, or not primarily screens based.
Posted by Joe at 1:43 PM No comments:

Diagon Alley- Harry Potter and the Escape from Gringotts

Below the escaped Ukrainian Ironbelly sits Gringotts Wizarding Bank, the predominant bank of the wizarding world. Second only to Hogwarts in security and safety,  Gringotts employs strong safety measures: dragons protect the deep caverns, enchantments protect the vaults, goblins guard the secrets of the bank with their honor and lives, and Ministry of Magic Guards patrolled the foyer.

Where as Diagon Alley and Hogwarts Express take place during the Summer of 1996, Escape from Gringotts takes place May 1st, 1998. During this time Diagon Alley is a desolate street while under the rule of a Voldemort controlled Ministry, which wouldn't be a pleasant setting for a theme park. While goblins still work the tellers, the Voldemort controlled Ministry guards run the bank (aka your helpful Universal Team Members; explains the no bag policy).

You are here to open a new bank account and take a tour of the bank. Of course, this occurs parallel to the heist of Helga Hufflepuff's cup by Harry, Ron, and Hermione and you get caught up in the action. A last minute rescue from Harry saves your hied from Voldemort's torture, which also lets loose the dragon on top of the bank. Oops.

Escape from Gringotts expands upon the same design philosophies from Forbidden Journey, Indiana Jones Adventures, Countdown to Extinction (née Dinosaur!) and Radiator Springs Racers by using the whole land as a build up to the ride experience. Diagon Alley is the shopping district for the Wizarding World and as such the bank is its hub. The Knight Buss conductor to the bar tender at the Hopping Pot plays into the roll of Diagon Alley, and this all cumulates under that dragon.

There are three designed areas in the bank: marble covered guest areas, back stage dark wood, and dank cave space. As you progress through the queue you peal back the vernier of the bank as the fitted suits and marble columns give way to dark wood, middle class-esque working areas. What's
interesting is the goblins 'control' the main guest areas, while ministry officials/TMs are present in the offices and vault loading station.

Talking about the vault loading station, this is one of the many comparisons I've seen between this attraction and Indiana Jones Adventure out at Disneyland. The vault load area echoes the same
massive caves at Indiana Jones Adventure, as does the dual load dispatch area and "turn into wait and hold show scene". Similarities also come in pacing where you interact with Indy/Bill between action segments, view massive set pieces, and then are "stationary" for the final two show scenes (darts/ball and Voldy/lava). And of course we cannot forget the "goodbye" from Bill and Indy before the music swells as you enter the ride station. I'm not saying the rides are comparable or identical, but I've heard from more than one person they get reminded at spots.


One of the under reported and loved scenes in the attraction is the lift to the vaults. Using a floor that raises and falls a few inches, projection screens to show outside the lift car, and wind creates a next generation version of the hydrolators from The Living Sea. Thought what separates the lift from the hydrolators and other similar faux elevators is the plot progresses beyond "you're being transported somewhere else" which puts it more in line with the non-faux elevator but actually a real elevator of the stretching rooms in The Haunted Mansion in Disneyland. Here the characters descend with you and the guests glimpse the trolls which will feature later in the ride.

There are two unique aspects to this attraction that are worth mentioning. During the first show scene is one of the few "tilt" tracks in existence; here your vehicle stops at a dead end of track to watch a scene before the track tilts forward, aligning with another piece of track to create a drop. Your vehicle is held during this time using breaks before they release at the opportune time for a cool first
impression. The other is vehicle movement, where unlike typical roller coasters you do not face forward or parallel to the track the whole ride experience. Rides like Seven Dwarf's Mine Train feature "tilting" left and right, but Gringotts also spins the vehicles in time to the ride while the roller coaster track itself pitches and yaws in time to the ride film. What you end up with is a ride system more like a cross between Spider-man at Islands of Adventure and Revenge of the Mummy at Universal Studios Florida (or for those Disney based, imagine if Indiana Jones Adventure was a roller coaster too).

Escape from Gringotts succeeds in impossibly putting you into the highly controlled world and movies created by JK Rowling. It doesn't hit the perfect home run like Indiana Jones Adventure does, but matches itself quite well against rides like Radiator Springs Racers and Forbidden Journey. Yes, the attraction further cements Universal into the "put these glasses on watch this screen" attraction category, but that's another discussion for another time. Gringotts is the keystone element of a complex and texturally rich land. Nothing works quite as well as without this attraction and this attraction doesn't work as well without Diagon Alley, and that's an amazing feat.
Posted by Joe at 10:21 PM No comments:

We're back after a break! Joe and Mike are joined by Bob Sehlinger of The Unofficial Guide series to talk about New Fantasyland, SeaWorld's big announcements last week regarding rides and killer whales, and Race Through New York with Jimmy Fallon. We close out with an interview with Bob about his background, fandom of Disney and the parks, funny stories from his research trips, hilarious stories about Len Testa, and more!

Email us at parkscopeblog at gmail dot com or follow us at Parkscope, ParkscopeJoe, CaptMichael87, ParkscopeNick, and/or Parkscope_Sean.
Posted by Joe at 10:11 PM No comments: