Epcot has never been EPCOT. Walt's 1960s vision of a techno-utopia in the middle of central Florida's swamps died with him. Throughout the 70s Epcot then became all of Walt Disney World - see you don't need a separate city when all the infrastructure we built is Epcot! After the semi-successful Lake Buena Vista Village, Disney then combined the proposed World Showcase located next to the TTC with a proposed technology-focused Worlds Fair park to form EPCOT Center. 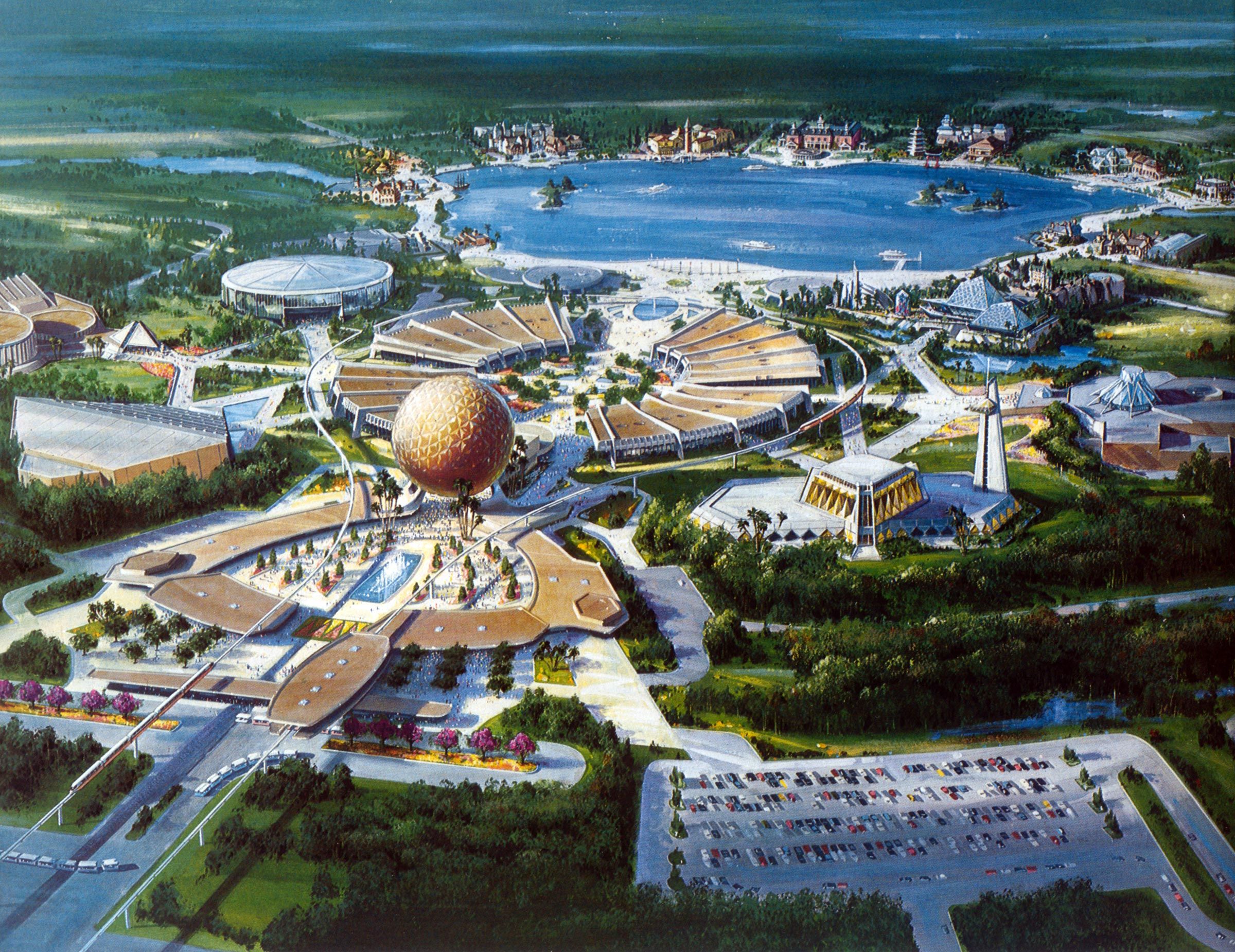 The EPCOT of 1982, of course, was nowhere near what EPCOT the city would be proposed as. Instead, it was a park based on sponsorships, corporate and governmental, and all the baggage that comes with that. Think Exxon telling people about global warming was bad? Just imagine what would have happened if the prominent supporters of apartheid sponsored the South Africa pavilion. Yeesh. The park was well-liked by the general public despite its obvious flaws. Slow-moving dark rides, walk-through attractions, and theatrical presentations are the bread and butter of a Worlds Fair but generally disappoint people who just rode the new Big Thunder Mountain Railway at the Magic Kingdom.