Star Wars: Galactic Starcruiser – Weighing the Cost of a Miracle 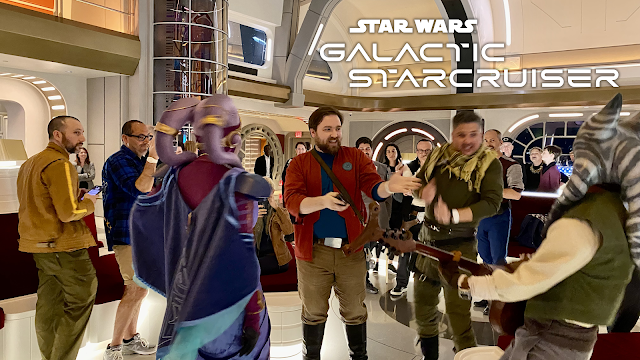 How do you describe something that has never existed before and how do you assess the value of what it’s worth?

These are the two interlocking problems one runs up against while trying to talk about Disney’s new Star Wars: Galactic Starcruiser immersive experience. Even that, “immersive experience”, what does that even mean? For people like myself who are deeply interested in theme parks, immersive theatre, weird art installations, and the like, it can conjure up images that get you in a similar zip code to what Starcruiser is doing. But for your average person, even your average Walt Disney World vacationer, I’m not sure it would sound like anything to them. And then you hit them with the punch that this thing – whatever it is – costs a little over $5,000. For two people. For two nights. That’s more than what 90% of American families spend on travel in any given year, and we’re still not totally clear on what on earth it even is.