Mr. X was in Hogsmeade today to get one last Butterbeer before returning home to countdown the days until Parkscope Weekend in October.  While walking through Lost Continent, he noticed that the construction walls had been expanded all the way to Sinbad from the psychic tent.  According to Mr. X, you cannot see anything happening from the park side of the wall, but last weekend, Teebin at Orlando United said work had begun.  Sadly, much of this project will be invisible to us without helicopters.  Expect the psychic tent and other buildings to come down once crews clear the landscaping in the way in the area behind the walls.  Universal probably once to squeeze every last second of use out of these buildings while they wait for demolition to near.

In addition to the construction walls, the South Florida Water Management District issued the dewatering permit to Universal which will be used to dewater the areas where Hogsmeade Station and Platform 9 3/4 will eventually be.

Also, this morning, we found the mass grading permit for the Hogsmeade expansion that was filed back in May.  Today, a building permit was added for walls that are related to the grading project.  One would assume that means construction walls.

Now, pictures and a nifty diagram! 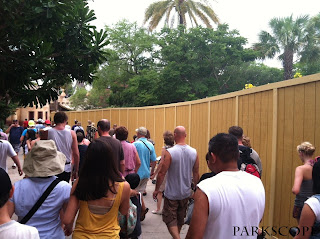 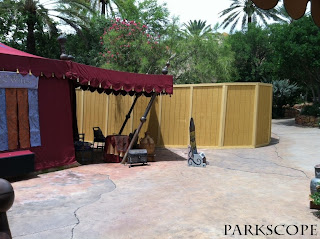 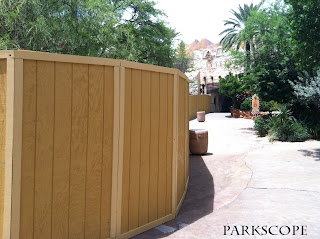