Parkscope Staff Member Mr. X is currently on vacation at Universal Orlando and has provided us with our first glimpses of the construction walls in Lost Continent.  Dubbed "Dark Continent" in permit filings by Universal City Development Partners, this area of Lost Continent is being cleared to make way for the expansion of the Wizarding World of Harry Potter.

While the bulk of the expansion is taking place at Universal Studios, Islands of Adventure will be receiving a working Hogsmeade Station and a modified entrance to Hogsmeade.  The fortune teller tent and ice cream shop outside of the current Hogsmeade arch are slated for demolition soon, and Hogsmeade Station will be springing up between the tracks of Dragon Challenge after the area is dewatered. 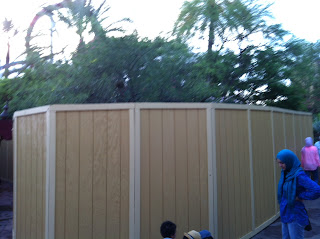 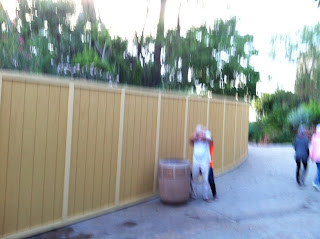 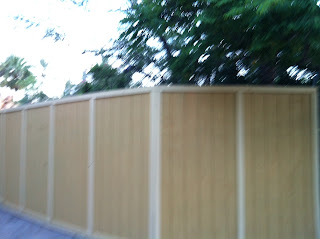 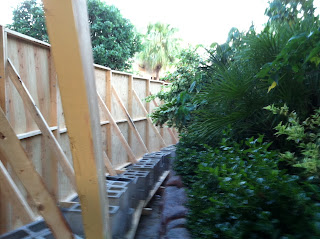 There is not much to see just yet, but there should be some visible progress soon.