Mr. X is out and about in all over Universal Orlando, and this afternoon he captured the first glimpses of the dismantling of the former Amity sea wall.  The sea wall is essentially the last remaining aspect of the Amity area (the restroom excluded.)

It appears workers are cutting the former wall into sections and lifting them out with the on-site crane.  The new wall, which we reported last Friday, has already been formed up in the very middle and looks to be higher and feature large concrete pillars. 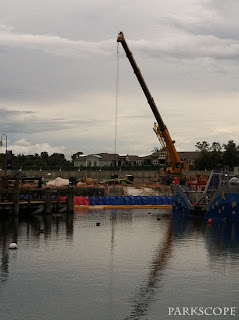 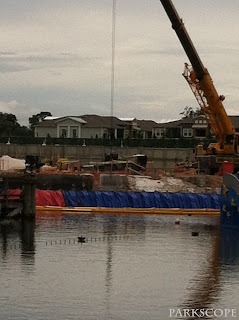 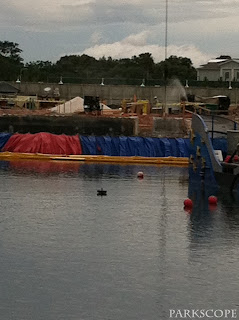 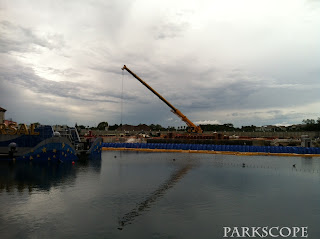 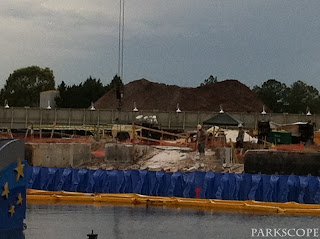