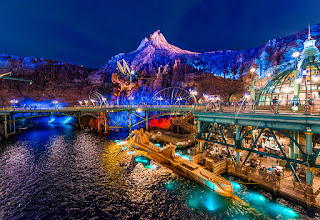 "A man-made mountain that erupts on cue. Strange and exotic lands. Ancient civilizations brought back to life. You're looking at the most ambitious theme park in the world: DisneySea, Tokyo. The best-kept secret in the Far East. Until now. In a world exclusive, Travel Channel's cameras are the first to be given full access to Disney's first water-based theme park. It's a front-row ticket to a multi-billion dollar adventure. It's a journey across continents and across time. We'll travel across seas, and beneath them too. It all takes place in one mega-theme park. And on this journey, nothing is as it seems!" 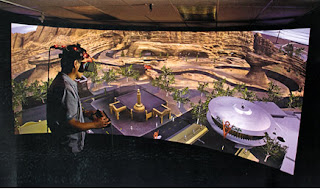 "Technical Wizards. Creative Masterminds. The Walt Disney Company's ultimate secret weapon. They are the artistic geniuses behind every Disney theme park experience, ride, and attraction. They're called Imagineers, and they might just have one of the best jobs in the world. We'll go inside their wonderful world of insidious elevators (Tower of Terror), realistic robotic figures (Hall of Presidents), and spectacular splashes (Splash Mountain). And, find out how they design and create the amazing rides and mind-boggling attractions that delight, thrill, and terrify the entire world. We've gone straight to the secret vault of Disney's Imagineers and uncovered footage that has never been seen before. Watch now, because we're revealing the unknown secrets behind Disney's biggest and best attractions: going inside the top-secret world of the master magicians who bring them to life. They're Disney's Imagineers!"

Posted by FiddlersGreen at 10:37 PM