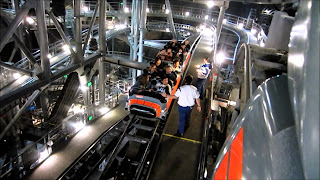 Disneyland Resort: Behind the Scenes

"Disneyland, California. The world's first modern theme park. The only Disney park that Walt Disney ever saw completed. Launched in 1955, it set the standard for theme parks, and that trend has continued to this very day. Over the years, Disneyland has had its share of changes, improvements, and growth spurts, to become what it is today: a complete vacation resort. From a Magic Kingdom, to three resort hotels, a vibrant nightlife and entertainment district, and a whole new kind of theme park: Disney's California Adventure. But how did it all come to pass? What is the story behind one of the great man-made marvels of the 20th century? Now, for the first time ever, we go back in time, and behind the scenes, to uncover the mysteries and the legends of a most extraordinary land: Disneyland." 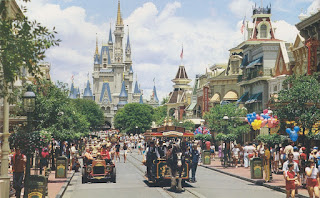 "Fantasy. Adventure. The Mouse. Walt Disney World. Like no other place on earth, it's where people check reality at the door. Escape is the name of the game because Disney invented what everyone calls "theme parks." We go inside their fantasy world, and uncover the incredible story behind what makes Walt Disney World tick. Watch as we reveal the secrets to their success, and explore the makings of their colossal parks, thrill rides, and attractions. Forget everything you thought you knew. We're going behind the scenes, and we've got exclusive footage that has never been seen before. Join us, as we uncover the hidden world that is this Orlando-based empire, and reveal some of Disney's best-kept secrets, in Walt Disney World Resort: Behind the Scenes."

Find Jeff on Twitter: @ParkScopeJeff
Posted by FiddlersGreen at 8:43 PM