With the opening of the Wizarding World of Harry Potter – Diagon Alley just moments away, we thought it was time to reveal the original plans for this new Potter-themed area. Yes, these plans even pre-date the ones from December 2011 we saw at Theme Park Insider. At the time Universal was flush with cash thanks to the success of Hogsmeade village at Islands of Adventure and wanted to strike while the iron was hot. Universal Creative immediately commissioned two proposals for a WWoHP expansion; one from Mark Woodbury, Theiry Coup, and Steven Jayson, and another from a group of individuals who ended up leaving Universal after being summarily dismissed when the pitch was rejected.

Today we are going to look at that second proposal, the one in which Universal turned down.  To be fair, this version would have be completed much faster than Diagon Alley, a full three years earlier. And don’t feel bad for those responsible. They landed on their feet at Walt Disney Imagineering and recently put together the recent Frozen Summer Fun LIVE! at Disney’s Hollywood Studios. 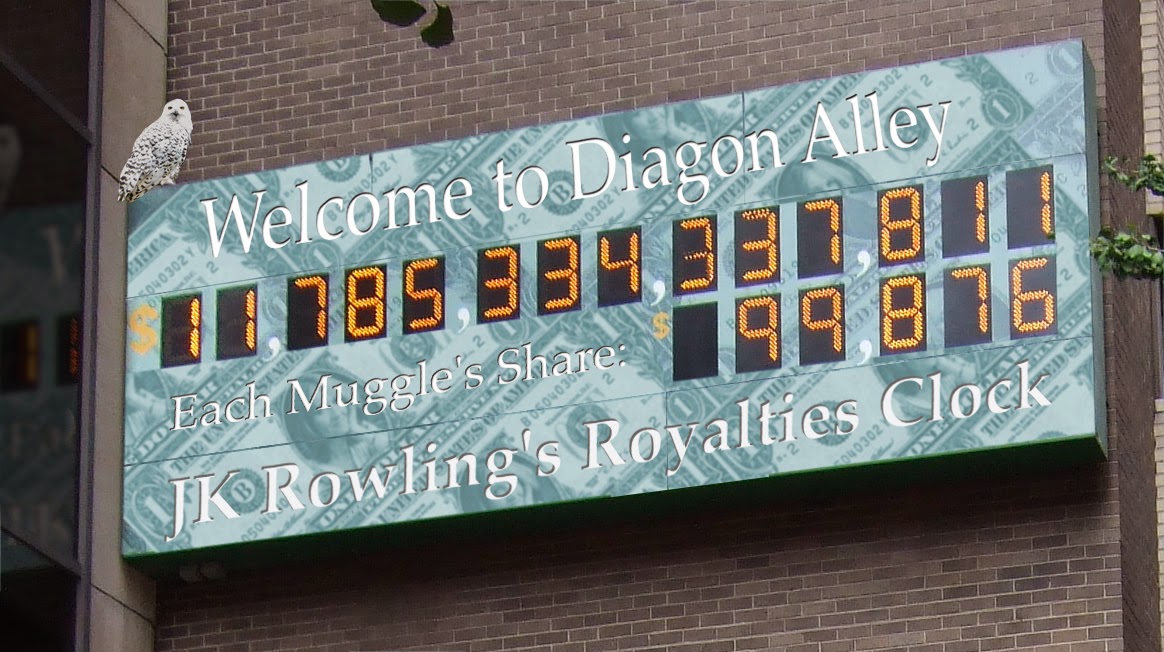 The JK Rowling Royalties Clock will be the first thing Muggles see when they walk into Diagon Alley. It’s a breathtaking reminder of every dollar, cent, quid, pound and galleon that JK Rowling is making off this fantastical land. Every time a Gillywater is drank, an official Harry Potter Quidditch uniform is bought, or a Butterbeer ice-cream is consumed, the Clock keeps ticking as it adds up the fat stacks! Step aside George Washington, Abraham Lincoln, and Andrew Jackson, the bills within this clock carry the visage of someone truly important! 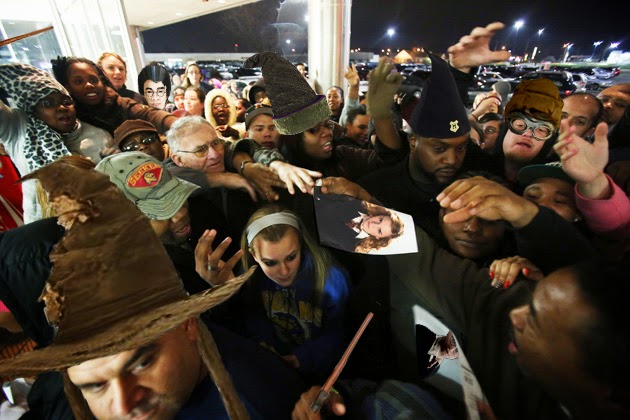 JK Rowling demands a level of authenticity that many theme parks simply can not deliver.  Sure, upon first glance Cars Land in Disneyland seems spectacular, but why would automobiles build a restaurant that serves human food? It doesn’t make any sense. The universe that JK Rowling has built for Harry Potter demands accuracy in every sense of the word, and that includes the extremely small retail spaces that one can expect to find in England. 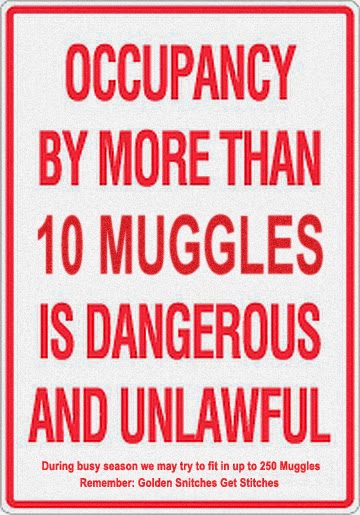 When Universal Studios built Hogsmeade village as part of the original WWoHP, it made Honeydukes, Dervish & Banges, and Filch’s Emporium smaller and more cramped than any retail space in any theme park in North America. It was good, but it wasn’t quite good enough. The level of frustration and lack of personal space still didn’t quite nail the shopping experience that those living in the UK have to deal with on a daily basis. We will solve this problem by making all the stores in Diagon Alley 25% smaller! So suck in that gut and leave the baby strollers outside please. The only things that are large here is the prices!

When the original WWoHP opened in Summer of 2010 it was a blockbuster hit despite having only one new attraction. Crowds have kept up and both merchandise and food sales are through the roof. Guests have spoken and they love old attractions re-themed to Harry Potter! So in the spirit of The Flying Unicorn and Dueling Dragons changing to Flight of the Hippogriff and Dragon Challenge, Universal is proud to present three “new” attractions for the Harry Potter expansion! 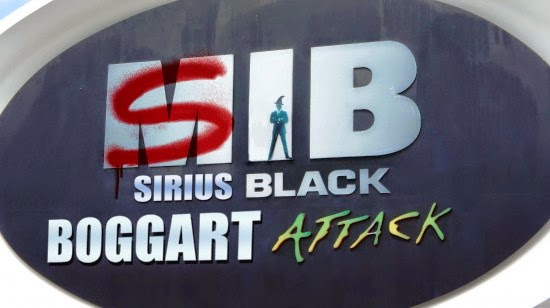 SIRIUS BLACK: BOGGART ATTACK - is a spinning, spell-shooting dark ride  that used to be Men In Black: Alien Attack, but you’ll never be able to tell! In this interactive attraction guests will board their vehicle that have been equipped with wands. The vehicles will travel through Black’s family house - 12 Grimmauld Place - which has been bewitched to look like the streets of New York City. The house has been overrun with a bunch of escaped boggarts, who have all taken the appearance of aliens from space. Guests will use their wands to shoot the boggarts in order to get points.

FEAR FACTOR: LIVE FEATURING DEMENTORS - The most extreme audience participation show ever now features Dementors straight from the wizard prison Azkaban! It’s the same show you loved before, with gravity-defying stunts performed in front of thousands, now with soul-sucking fiends keeping watch from the stage! 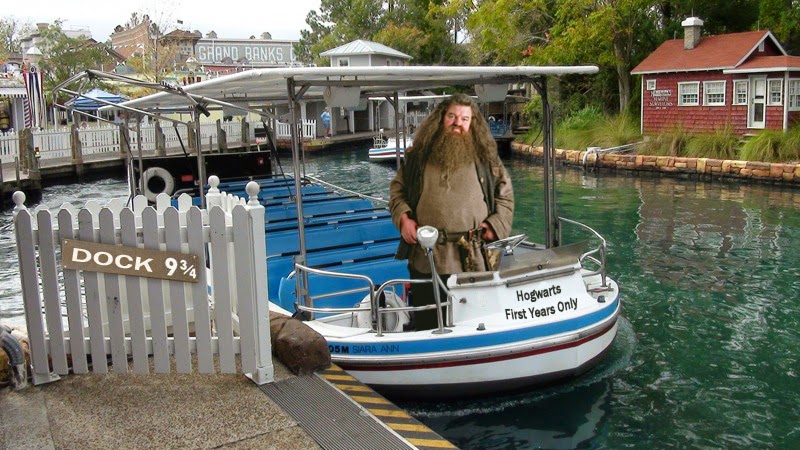 HAGRID’S FIRST YEAR BOAT RIDES TO HOGWARTS is a thrilling attraction in which guests are “first years” heading to Hogwarts for the first time. Captained by Rubeus Hagrid using state of the art projection technology, the boat will travel across Black Lake in the Hogwarts tradition. However, Black Lake has been mysteriously bewitched to appear like a New England island town by Lucious Malfoy. Along the way “first years” may also find their boat attacked by Victor Krum, apparently still stuck in his animangus form of a shark from the Tri Wizard Tournament! It’s an action packed thrilling adventure as only JK Rowling and Universal Creative can deliver!

BUT THAT’S NOT ALL! Unlike Islands of Adventure, the Wizarding World of Harry  Potter wasn’t originally going to be contained in just one section of Universal Studios Florida. Everywhere guests look they will see Potterized versions their favorite attractions, dining locations, and shows including… 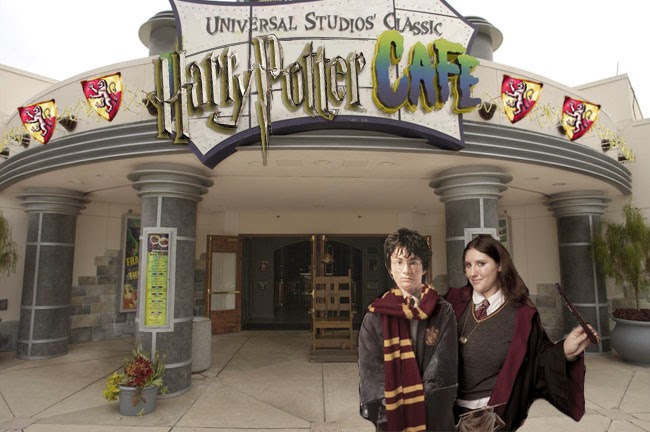 HARRY POTTER CAFÉ - is the restaurant Potter fans have been waiting for! Not only is all the food inside magically themed to the Harry Potter universe (such as Ron Weasley’s pepperoni pizza slices and Dobby presents: Nathan’s famous hot dogs) but there’s even a photo-op outside where guests can have their picture taken with a cardboard cut-out of The Boy Who Lived! 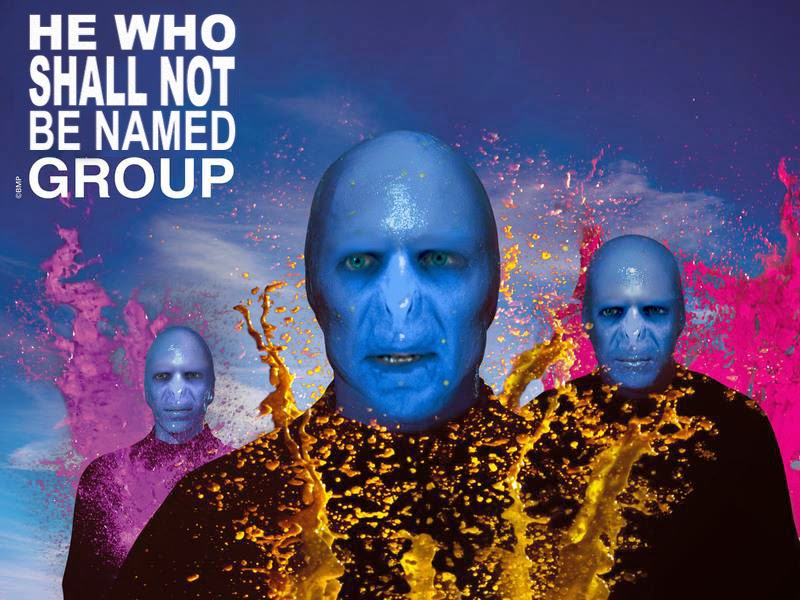 HE WHO SHALL NOT BE NAMED GROUP - is one part science,  one part laughter, one part music, and one part evil looking dudes with no nose! You’ll be amazed the entire time with a huge smile across your face, and not only because you’re under the Imperius curse!

Matt Cleary majored in Photoshop and graduated with honors from South Central Louisiana State University. Cleary attained some fame in the late 70’s while working for Sea World as an engineer. He was the one who finally figured out how to design a tank for Shamu. His solution? "Take a regular tank and make it bigger." That type of out-of-the-box thinking has kept him as a key figure in the theme park industry. His prized possession is a birthday card signed by Walt Disney himself, a card he bought at Theme Park Connection in Winter Garden, FL last October.


Derek Burgan can be seen bothering everyone with his weekly ranting and raving on the Pardon the Pixie Dust Podcast along with various click bait articles on the TouringPlans.com blog.