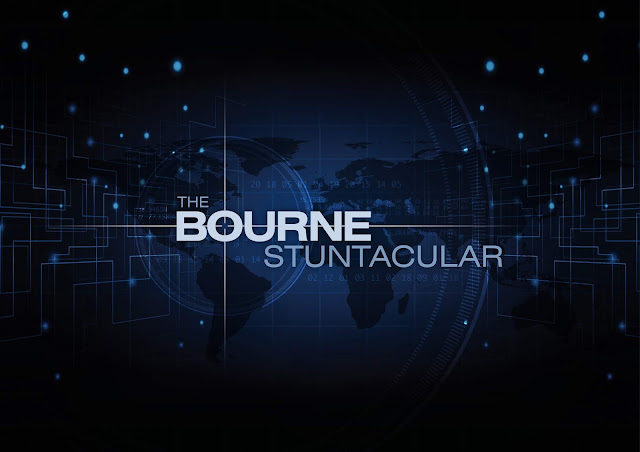 Hey remember when there were two shows in Hollywood at Universal Studios Florida? I do too! It's been two years since T2:3D Battle Across Time closed and today Universal Orlando announced the replacement: The Bourne Stuntacular. Opening in Spring 2020 the show will combine "live performers, interactive props and an immense LED screen" to bring us on the chase for Jason Bourne.

The first question a lot of people have is: what sort of experience is this? Well, it's first and foremost a stunt show, more so than T2. Second, it will combine digital video, choreography, and massive set pieces to envelope the guests in the show. The best way I can describe the show is to the theater and screen melding elements of T2 with no middle 3D movie segment.

The two companies behind the show are Action Horizons and TAIT. Action Horizons are best known as the stunt company who provides the stunt performers for Universal Studios Hollywood's WaterWorld show. Action Horizon will provide the stunt performers, choreography, and gun work for this show. TAIT is "the world market leader in design, construction, and delivering the finest live entertainment solutions int he world". Stripping out the PR speak, that means they're really good at all the non-live people stuff. TAIT has worked with the Lady Gaga residency in Vegas, Blue Man Group in Orlando, awards shows, the 2012 Olympic Opening Ceremonies, and King Kong on Broadway.


What this means is expect a high intensity, media bending show that blurs the line between stage and digital actors. Imagine a giant fight scene between actors both on screen and in the theater with actors reacting to in person stunts and digital stunts in real time.