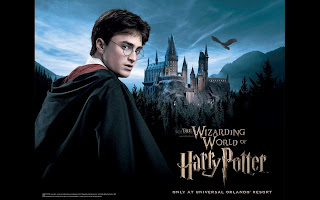 Wow. So the Themed Entertainment Association released the 2011 theme park attendance figures earlier tonight, and I have to say I'm blown away by what I see from Islands of Adventure and the Wizarding World of Harry Potter. For a second straight year, IoA jumped about 30%, from 5,949,000 in 2010 to 7,674,000 in 2011. It has now broken the top 10 most visited parks in the world, and is showing no signs of slowing down. Couple this with the phenomenal per-guest spending numbers, and you can see why Comcast is "bullish" in regards to adding to the Orlando resort. Not to mention this is all in the worst economy we've seen in a long, long time.

The Disney parks in Orlando all had minimal gains, or in the case of Epcot stayed flat. The numbers show Disney's dilemma in Orlando. They aren't losing their customer base, but they also aren't growing. But there are obviously more customers to be out there, as evident by IoA's massive jump. And I've been told Disney's real problem with the boy wizard's lair is those pesky guest spending numbers, which are close to (possibly even higher) than the mouse's in Orlando. Without additions to make parks like EPCOT, Disney Hollywood Studios, and Animal Kingdom "must visits", I don't see those three parks gaining significantly, especially EPCOT who's capacity is woefully missed every day, without major investment. Unfortunately, Bob Iger and Jay Rasulo have been quoted that the parks will significantly cut spending after the Fantasyland Expansion and DCA redo.

Universal Studios Orlando barely gained as well, and after seeing the gains IoA received back to back years, it's obvious to see why the boy wizard will be buying more real estate next door. There's no more magical property in theme parks than Harry Potter, that's for sure, though it will be interesting to see what affects this years additions will have on USF.

Around the world, Tokyo Disneyland and Tokyo DisneySEA had understandable drops due to the closures they endured after the devastating earthquake and tsunami. While on the other hand, Disneyland Paris went up about 5%.

It's obvious that the state of the theme park is strong, and will continue to grow as long as parks continue to invest. That's it for this short report, check back tomorrow for our weekly wrap up, and as always follow @Parkscope for up to the minute news and dsicussion.