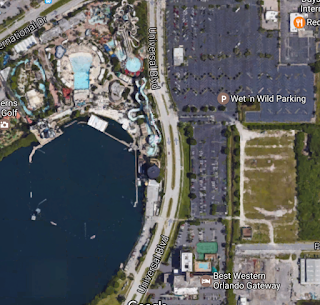 
At least one hotel is expected on this property, with up to three based on how many parking garages are present in the plans. To put it in perspective these one to three hotels will nearly double the hotel capacity at Universal Orlando Resort. It is likely a portion of the lake is filled in for the resorts and many insiders have suggested Universal has plans for retail, restaurants, and entertainment on the property too.