Companies patent everything, and why not for when ideas come back around? Apple patents nearly every new idea even if it doesn't come to market. If a product does come to market this helps cover their asses, which is hinted at by Steve Jobs during the iPhone launch (after the patent lawsuits by Creative Tech sued over the iPod OS design). 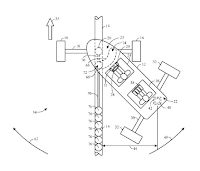 The 'drifting racers' patent covers a two guest cart ride system where one guest controls the speed while the second guest controls secondary functions. This completely matches up with consistent and reliable rumors of a next generation, interactive Mario Kart ride coming to the Nintendo areas at USJ, USH, and UOR. 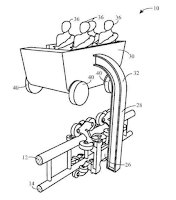 Next is a "boom coaster" and no it's not a coaster that explodes. The boom is an arm that suspends a ride vehicle above a functional ride track to give the appearance of the ride vehicle moving on a fake ride track. This fake ride track could include jumps or other harrowing features not feasible with a typical coaster. This sounds familiar.... 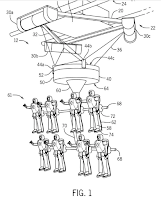 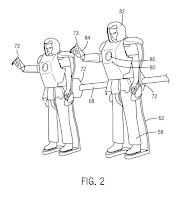 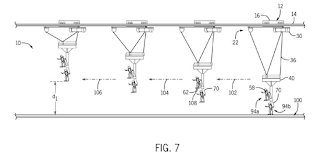 The last ride system patent is for a suspended simulator where guests move through ride scenes in flying mechanical suits. Sounds more fun than another cabin simulator.

Yo dawg, you like water rides and Rip Ride Rockit, cuz we put Rip Ride Rockit on your water rides (my apologies to that meme)! A "functional mat racer" would add lights, sound, and a screen to enhance the standard racing mat water slide. Considering Volcano Bay does not currently feature this popular water slide option this is a prime candidate for the park's expansion pad. This tech would also probably link into the TapuTapu system. 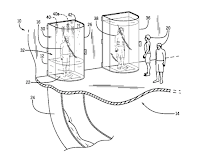 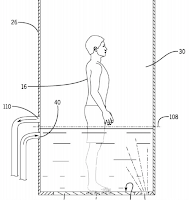 This next one is... out there. Universal has already stated a ProSlide SkyBOX drop slide will be located inside Krakatau volcano, but this patent suggests the slide compartment might fill with water before releasing the rider. The water could be used for story purposes, such as lava from the volcano filling the chamber. I'm skeptical about this appearing in Volcano Bay due to the practical implications being an insurance nightmare.