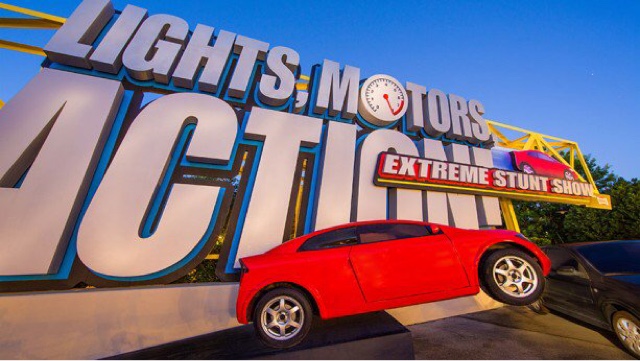 Another one bites the dust. Hey hey.

Disney today announced the closure of Lights, Motors, Action! for April 2nd. Added as part of the Disneyland 50th Anniversary Celebration where Disney parks "gifted" attractions to each other (no joke, also how lame that WDW got most of DLR's presents?)

The land taken up by LMA is expected to be used by the Toy Story Playland and Star Wars land expansion projects.

In addition, the Orlando Sentinel reports the Earful Tower, Honey I Shrunk the Audience Movie Set Adventure, Monsters Inc meet and greet, and The Studio Catering Company will be closing April 2nd or soon around that time. RIP Buffalo Chicken Sandwich.

Not many tears will be shed over these closures, but this takes a weak park and further cripples it. While lots of awesome things are coming soon, the fact we've reached a point with DHS (and soon Epcot) where the parks have to be gutted to be brought up to Disney standards should never be forgotten.
Posted by Joe at 5:18 PM