Everything New is New Again

Let’s start by getting some important questions out on the table: Why are you here? Why am I here? Why are any of us here? What is the meaning of all this?! You’ll have all the answers to the mysteries of the universe (and more!) if you just subscribe to our Twitter page… 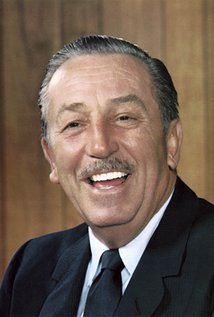 Here's a picture of Walt!!! Subscribe!!!
Okay, so maybe those questions are a little too important.  Not exactly within the scope (get it?!) of this particular website, being a place for inquisitive Disney and theme park-centric minds.  But some curiosities must be answered, right?  So, let’s talk about it.  Find a couch, or something equally comfy.  So, dear reader, why are you here?  Are you a regular Disney site surfer?  A curious bystander? A family member or significant other forced to read about the interests of your lovie-dovie? (if so, my condolences) Tell us about yourself!

I haven’t been seen or heard on any real Disney website or forum in a decade. That’s not just because I’ve been working for the Mouse.  I actually used to get a big kick out of reading Disney news and rumors.  I’d surf a small list of sites regularly, as I’m sure you do now.  Until I realized a problematic truth…It’s a sham! A fake! Take the Red Pill and get out! Okay, not really.  I actually realized two problematic truths: 1) Disney or theme park news comes painfully slowly, and to fill column inches writers are often resorted to pointless time-wasting exercises for the sake of keeping up regular columns (I swear to god Andy Castro, I do NOT want to look at twenty-seven pictures of the new green and blue flowers recently potted in front of Autopia), and 2) Because news comes painfully slowly, the same random debates and flamethrowing pop up every few months, to the shame of those of us who know how to use a board’s search history.  When you’ve been around the block a few times, it’s easy to see (hey, we had that same Fastpass+ thread in April!).  And, admittedly, I vowed never to return to the arena.  I hung up my cape and cowl and started a Bruce Wayne Foundation for Kids Who Can’t Read Good, or something equally impressive. 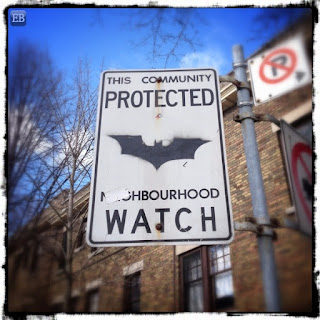 The best part was he gave us all free Bat-phones

So, if anyone asks, I’m not here.  Don’t tell anyone I’m sitting here typing this.  I am a figment of your imagination (though not THE Figment of Imagination, graced with his capital letter designation).  There might be snickering from people I don’t like.  Please help a disgraced man in need.

Let’s investigate my probing claims (actually, no, hard-hitting and devastating claims!!!) further. I can see how a Disney writer/blogger, even nowadays with the proliferation of the internet and 24-hour insta-news, can get into a real rut. Compared to, say, politics or sports, where news is delivered over a period of hours or days, Disney or theme park news is delivered over a period of months or years. Big new attractions for each major theme park company are announced once a year (if we’re lucky…nowadays at Disney it takes several years), and waiting for such major attractions to open will take 2-5 years, not counting the blue sky/concept phase and the inevitable rumor central that follows it.

So what we have in the meantime is what I like to call “a news cycle summer vacation on steroids” (or to put it more emotionally, “slow news day times infinity”), where the dead space of a lack of real news is filled with process stories, profiles, mailbags, and “what’s your favorite Black Cauldron character” polls and hilariously over-the-top “debates.” When you’ve been around the block as often as we have (and, I’m sure you as well, dear reader), we’ve become old and weary enough to see the dead space when it presents itself. Hey y’all, who wants to talk about Star Wars Land some more (not that Disney is listening, or cares)?  Let’s talk about new WDW DVC rumors!  Even though we’ve been talking about it for 18 months!  Let’s talk about new MyMagic+ wristband colors!  Is the bathroom next to the Innoventions East pizza stand going to get repainted?! WHY HAVE THEY NOT CREATED A DOWNTOWN DISNEY LOOP FOR THE MONORAIL YET??!!! 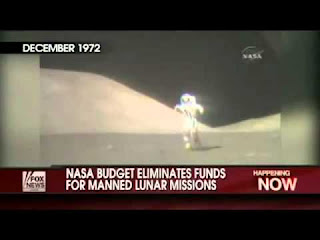 Why in God's name haven't they gone back to the Moon??!!!
Why isn't anyone listening??!!

I left because, well, as you can imagine…these topics get old. We really can only talk about them so many times, for so long. You see them crop up every few months, to a new share of newbies who have as complete lack of social life as we do. And, for sure, it’s fun for awhile. It’s fun joining a new community that shares your interests, and gives you an opportunity to voice your opinion. It’s fun learning juicy new secrets about a project that hasn’t been announced, or the behind-the-scenes politics behind our favorite pastimes. But after a few years, it’s not.  To try and keep us interested, columnists will prophesize the “Everything New is New Again!” mantra, dig up an old rumor and say something to the effect of “my sources are saying we might be seeing (insert flogging a dead horse metaphor here) attraction construction any day now!” and watch their reader counts and comments tick up by 20%.  Well that’s great, but I have sources too, I’m sure they’re just as well placed as your sources, and they’re wondering why your sources are still stuck in 2009.  The Brother Bear river rafting adventure is not coming to the Canada Pavilion.  It’s just not.

So why am I here? Because I have a new challenge for us, and for you: can we make this fun again? For you (the readers) and us (the columnists). We’re all on the same team here, we’re all in the same boat. Can we do it?

I think we can! So now, let’s officially get the ball rolling:

I have some great news I can share with all of you:  I’m going to Disney World this week! (That’s right, I’ve commandeered the stereotypical “worst great news ever” post that you see on your friends’ Facebook.  “Hey everyone, gather around to listen to my great news!  What do you think it is?  I got a promotion at work?  No.  I’m having a killer birthday blast at the rich kid’s house with the pool and you’re all invited?  No.  It’s this: I’m going to Disney World!!! Now you all can help me plan the fun I’ll be having!”  Subtext: “You know who won’t be there? You! Now let’s all look at pictures of my wedding and my cats!)

In the past, I would be jubilant, as I’m sure most of you would be.  Discounting the times I was in Orlando slaving *cough* working for the Mouse, I anticipated a trip to Lake Buena Vista the way NASA engineers anticipated a Space Shuttle launch.  Like I’m sure most of you do, I went through lists and lists of hopes and dreams for the “perfect” vacation, timed down to every shopping spree and bathroom break (gee willikers, I could always use another duckbutt hat, but I only have time after my Fastpass+ res for the Eat to the Beat Hermans Hermits concert).  Yet it just doesn’t seem worth it anymore.  Especially as a Cast Member or Annual Passholder, Disney has all but guaranteed that a spontaneous trip to the park will be nearly impossible to have fun, since Fastpass+ and advanced restaurant reservations will plan your day for you (if you can get them at all).  I truly miss the days during my CP where I could take my friends to Epcot for dinner and we could immediately hop on Spaceship Earth, Living with the Land, and Maelstrom, and get Fastpasses for Mission: Space and possibly Test Track. But all the same, I’ll take a few days to wander around and say hello to old friends (not only my former co-workers, but my old friends Mr. COP, Mrs. TTA, Dame Judi Dench, and Bill Nye). Of course, what I’m really excited about is spending a few days at Halloween Horror Nights. I haven’t visited UO since before Diagon Alley was completed, and there is much for me to see. I also haven’t been to HHN since 2009, so I’m super-stoked about that too. You know what I’m getting at here. I know you can see it coming. Get out of the way before it’s…oh no, it’s too late! That’s right, it’s my promise of… 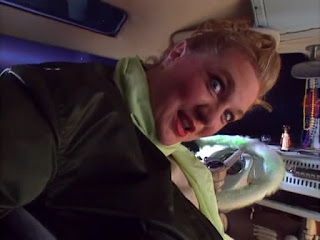 In conclusion, from the Republican National Convention school of “who invited the clown car?”, after watching the Disney/theme park news cycles look like Orlando weather cycles (seriously, how many times will Orlandoans be surprised by afternoon rainstorms in the summer? It never ceases to amaze!), you also see the same types of personalities manifest again and again on these Disney forums (and really, any forum). It’s like we’re writing an Agatha Christie novel and we have to see the same characters again and again. You all know them, you can count them with me! There’s:
1)    “Kool-Aid Man:” or, more metaphorically, “The Captain always goes down with the ship” guy. This is someone who will defend Disney TO THE DEATH, regardless of common sense or how many people are pointing and laughing. Yeah dude, sure, everyone loved Cinderellabration. We’re not real Disney fans. We get it.
2)    “Super-Troll:” who for some reason decides to show up on Disney forums of all places and tell us all how miserable life is and how we’re all stupid, like a dragon from World of Warcraft who decided to take a left turn one day and eat a village of level-2 rangers. Not cool dude.
3)    “Rumor Millie,” “Hey guys, I went to DL the other day and the Autopia Lead told me construction will start on the Tron Lightcycle PeopleMover Experience any day now!” Yep Millie, any day now…
4)    “General Grizz:” self-styled forum captain who thinks he’s Captain America to our group of Avengers. If your profile doesn’t have the word “moderator” next to your name, despite your 14,785 posts, that means the forum gods have decreed your opinion matters no more than the rest of us. Just call me Hawkeye…

Sure there’s more, but why should you let me have all the fun? Send us your favorite Disney forum trolls and we’ll start a supserhero team! Okay not really, but it will be a really fun discussion. And if you don’t send us any ideas, we’ll make up our own and rant about them forever. That’s a warning. No, not a warning. A promise.

Send your favorite trolls to parkscopeblog@gmail.com or @ParkScopeJeff on Twitter...you might get a prize of some sort (probably not...but there's hope!)
Posted by FiddlersGreen at 5:10 PM