You excited yet? We're rapidly approaching the press onslaught of Diagon Alley, and television specials have started popping up promoting the new addition. As we discover new shows we will add them here.

The Gross family from Pittsburgh visits central Florida, including staying at Cabana Bay and visiting Hogsmeade and Diagon Alley.

From friend of the show Derek Burgan on twitter.


Hearing there will be a webcast on Monday 6/16 from Universal. No other details. #PotterWatch pic.twitter.com/PNUDVtiSkx
— Derek Burgan (@derekburgan) June 11, 2014

As we hear more we will post it here. 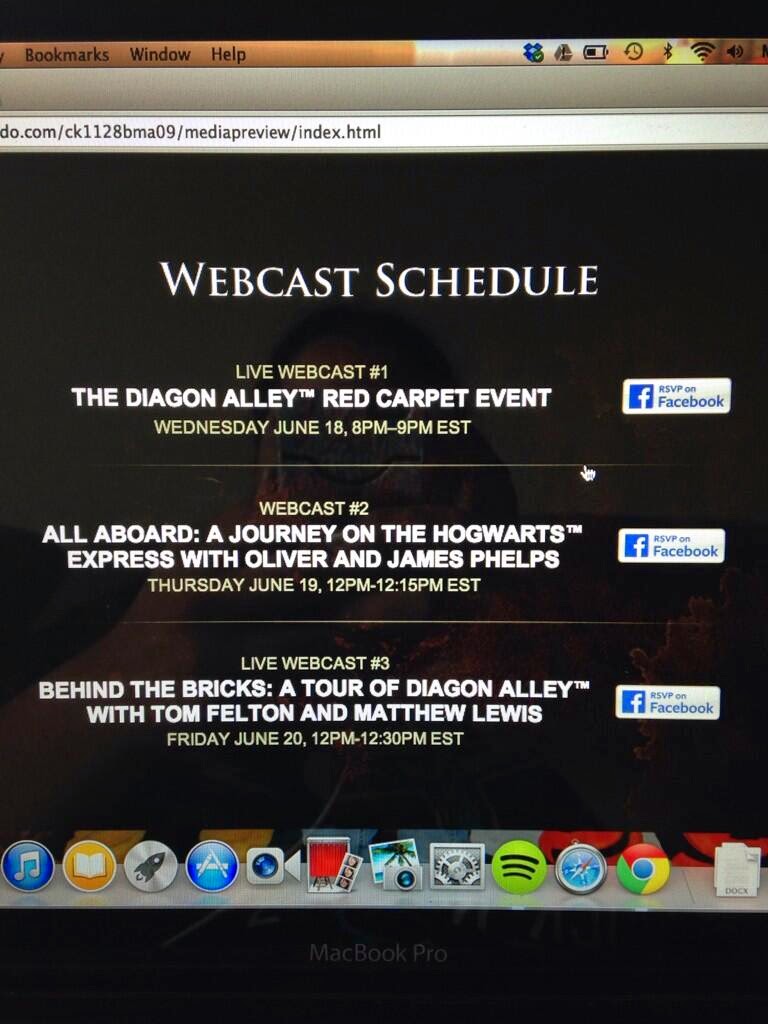 *UPDATE* Universal has posted a webcast site on their website. Three separate webcasts will occur between June 18th to June 20th. H/T to @OrlandoInformer and @Mellyybaby

Reports from @ThemeParkInsite suggest that the Today Show will have segments from inside Diagon Alley on Wednesday, June 18th.

As discovered by Parkscope follower @braindud92, E! will air a tape delay of the red carpet from the VIP event earlier in the week.
Posted by Joe at 8:41 PM