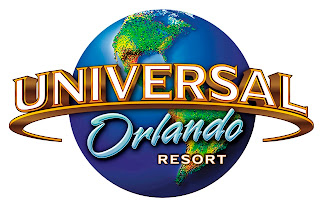 While we have covered it on Episode 12 of our podcast and on Twitter, Inside The Magic reported that Universal Orlando will holding a press event on Thursday, December 12, 2013.  The event will cover changes coming to City Walk and have updates on The Wizarding World of Harry Potter: Diagon Alley, as well as Cabana Bay Resort.

There are many intriguing aspects of this upcoming event.  Obviously, the upcoming City Walk overhaul is the biggest unknown, and it has been teased for a while (at least since "The Year to Be Here.")  So far, the quick service portion of Pastamore has become Red Oven Pizza and is receiving rave reviews.  The Latin Quarter closed down and is receiving a Spanish Mission Facade and presumably, a new restaurant.  The Endangered Species store closed and is making way for a more easily accessible Starbucks location (the current one is on the second level of City Walk.)  A Coldstone Creamery has also been rumored.

Beyond those things, the picture becomes a bit more cloudy.  Rumor has it that Cigarz, Katie's Candy Company, and  TCBY are closing.  Those 3 units are connected and could be combined for one big new venue, or they could be replace by 2-3 new concepts.  Screamscape reported on Thursday night that the Jekyll and Hyde Club may be coming to City Walk.  While Screamscape said it would be replacing Latin Quarter, it could easily work in this location.  It is important to note, however, that this rumor has been floating around forever and may have as much credence as our Dr. Doom PolarCoaster rumor (which we made up.)  We would like to see something similar to the Adventurers Club or Trader Sams make its way to City Walk. 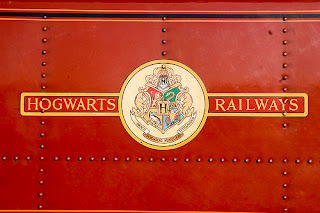 As for Diagon Alley and Cabana Bay, we are just expecting more details on both projects.  The flood gates holding back Diagon Alley information and art should be exploding before long.  The rumored opening date is June 2014, and by this date in 2009, Universal and Warner Bros. had already held a press event where details and concept art were given out.  HateToFly of Orlando United has said that Diagon Alley website should be launching in January 2014, and that makes sense.  Regarding Cabana Bay, Disneyhead posted on WDWMagic that Universal may already be announcing an expansion to the hotel.

Earlier this week, Spirit and Martin Smith of WDWMagic, let slip that Universal would fast-tracking an addition for 2014.

"So, could a theme park in O-Town be planning to open a large scale attraction next year ever so quietly? It sure isn't Disney."-Spirit

The general consensus regarding this rumor is that the Jurassic Park family coaster addition will be fast-tracked to open in 2014.  This long-languishing project is rumored to be taking over the old Triceratops Encounter plot.  Last month, the Trike animatronics were removed.  The reason that Universal wants this open as soon as possible is to help spread out the crowds more evenly between Islands of Adventure and Universal Studios Florida.  With Diagon Alley opening in USF, the crowds will be drawn there, and of course, Hogsmeade will still be a major draw.  Both parks need smaller, family-friendly additions, and the Jurassic Park coaster seems to fit that bill.  Unfortunately, some folks are down on this project because it is not an e-ticket or a ridiculous hyper coaster, but we are excited about it.  The project was never supposed to be anything more than what it will be, and it sounds like we are getting a little sooner than anticipated.

So, what about Kong?  Well, it seems like that would be saved for a future announcement.  Universal likes to keep these things secret for as long as possible.  Perhaps we will hear about this project around this time next year.  Universal is really high on this concept because of what Kong did for attendance at Universal Studios Hollywood.  While I do not think it will have the same affect here, it is easier to market a new land than an addition to an existing land, like the Jurassic Park coaster.  Banana daiquiris anyone?

tl;dr: Universal is awesome and we cannot wait until December 12th.

Follow me on Twitter CaptMichael87 and Parkscope.  Thanks for supporting us on our various platforms.  The love is much appreciated.

If you haven't already, check out Sean and Joe's gaming podcast on the feed.  Also, I'll be recording "SPORTS Y'ALL" on Sunday after the college bowls are announced.  I'll be joined by my friends @zrau and @olmec26.
Posted by Michael at 12:26 PM