Big news breakout from the Orange County comptroller site today, with a plethora of juicy Notice of Commencements.

First of is one that is 100% for the new Wizarding World of Harry Potter - Diagon Alley project. It's for one of the many projection systems that will no doubt grace the land from Electrosonic Inc. The NoC says the contract is for a 3.5 million dollar projection system for Project 722, which we all know is the overall project number for Diagon Alley. 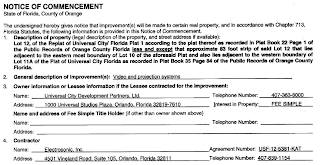 Next is one for the beginning of the construction of the Jurassic Park games in Islands of Adventure. 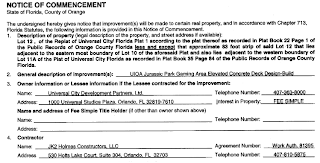 Third is an update for Spider-man's RFID controls on the ride vehicles. 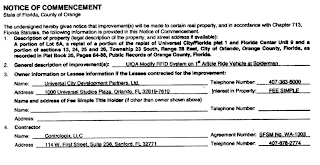 Now, here's where things start to get a little interesting. First up is an NoC for a Control System from ITEC Entertainment Corp, who has a long history of providing work for Universal Orlando Resort. They've worked on many attractions from the opening of Universal Studios Florida through today. This could have something to do with the Spider-man work above, thought Hatetofly over at Orlando United also said they were contacted about working on the new version of Kong going into the Disaster building. 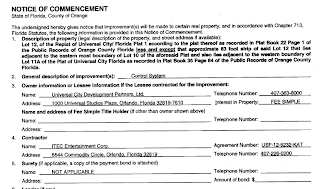 Next are 4 NoCs for animated figures and props, all from different people. While it's unknown what projects these will be for, the safe bet is that at least a few are for Diagon Alley and Gringotts. I've come to this conclusion due to the fact that the company that built Forbidden Journey's dragon, Entech Creative, is one of the contractors being used. Others are Animax Designs, Advanced Animations, and Cinnabar Florida. 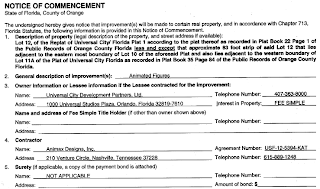 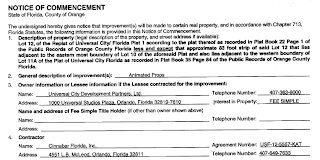 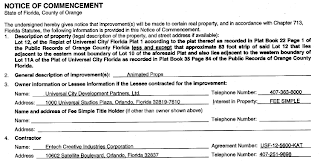 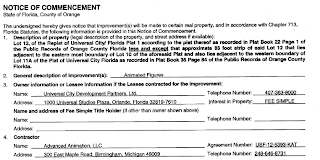 As always, stay tuned to @Parkscope for more updates.